In 2020, the Edmonton Heritage Council introduced some changes to the Heritage Community Investment Program (HCIP) in response to community feedback and the need for greater accessibility in the face of the ongoing COVID-19 pandemic, as well as the importance of better alignment with Connections & Exchanges: A 10-Year Plan to Transform Arts & Heritage in Edmonton. As the city’s heritage community continues to evolve, further refinements will be made to the program, with new guidelines and forms to be released in January 2021.

HCIP invests funds (provided by the City of Edmonton) into the stabilization, increased professionalism, and innovation of heritage in Edmonton, for Edmontonians. The Project Accelerator grant supports individuals and organizations undertaking small scale heritage projects that tell Edmonton stories in unique ways.

At this time, we are pleased to announce the latest group of recipients to be funded through the Project Accelerator substreams of Digital Heritage Experiences and Individual Seed grants.

Supporting individuals and organizations in new initiatives that share Edmonton’s stories through digital or virtual media.

The Renaissance Conspiracy: Decolonizing History is a podcast that aims to decolonize the ways in which we view and discuss history by telling the stories of BIPOC individuals. This material will be made accessible in an informal, chatty delivery format, reinforced by meticulous research. Funding will go towards the Edmonton Capsule – a series of episodes discussing the vibrant lives of the BIPOC who lived on Treaty 6 territory.

The Jewish Edmonton Stories Online project aims to collect the oral and written stories and memories of 12 to 15 local Jewish elders and community members from significant sites for the Jewish community and, with the Jewish Archives and Historical Society of Edmonton and Northern Alberta‘s support, create an accessible website where those stories are digitized as text, audio, and video, and located on an interactive map. 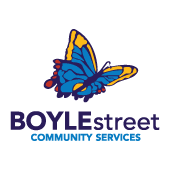 The goal of this project is to record/film the stories, and the storytellers, from the Drop-In space at Boyle Street Community Services, and then to project the videos in a culturally relevant outdoor public space for all intersections of society to witness and view. The intention is to give a platform to the “hidden” and “invisible” population of Edmonton’s Inner City in a context that is visible in scale and spectacle. After the projection installations, the project will live online permanently through a dedicated website.

Dave Clarke – Beneath Our Feet: Edmonton On the Map

Beneath Our Feet is a weekly serial podcast that directly connects Michael Deane’s 1883 Map of Edmonton Settlement – “Edmonton’s first work of fiction” – to our modern city. Co-produced and co-hosted by settlers Dave Clarke and Peter Brown, the podcast features interviews, debate, dramatic reconstruction, comedy, and music and embraces a range of perspectives representing the wider Edmonton community.

This project will complete the post-production phase of Wop May: The Untold Story – a documentary about celebrated Edmonton pilot Wilfred “Wop” May. This twenty-minute mixed-media, creative documentary film tells the life story of one of Edmonton and Canada’s pioneering aviators through interviews with experts, comic book images, dramatic recreation vignettes (on traditional film), and archival material, including photographs and rare audio recordings of Wop May himself.

During its pilot year, the YEG Forest Site School Pilot project will work with community partners and five classes from across Edmonton’s Public School divisions to gain a stronger understanding of what meaningful connection looks like for young learners, as they build a sense of belonging and identity through land-based learning. The project will build capacity in our city’s public education system for engagement between young Edmontonians, their land and its stories. 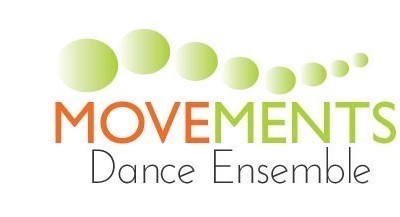 This project will include planning, research, and cataloguing of the written, pictorial, and oral history of Movements: The Afro-Caribbean Dance Ensemble. This African-centric company was established on February 11, 1990 with the goal of educating and inspiring the public through dance, African & Caribbean cultures, and multiculturalism in Edmonton.