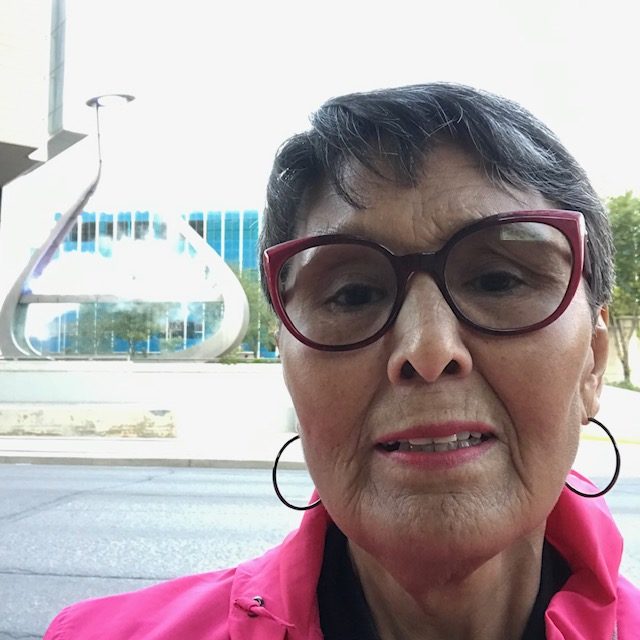 Edna Elias, C.M., O.Nu was called Haattuliarmiutaq, meaning “a person from thin ice,” by her grandmother, as she was born on a fish lake in the fall. A teacher by profession, Edna is an Inuit language and cultural advocate. After 5 years as Commissioner of Nunavut, Edna returned to her home community of Qurluqtuq, the most westerly community in Nunavut. Elias has led three intercommunity Women in Action-Steps of Hope fundraising walks for breast cancer research, with proceeds going to the Cross Cancer Institute in Edmonton, where many Northerners receive cancer treatment. Upon her return, she opened her home to women to learn traditional sewing and fur preparation skills. She and two former educators opened a business to promote the preservation and retention of Inuinnaqtun through such means as language courses, educational and cultural orientation, program and event planning, production of Inuinnaqtun reading material, and support for language programming in the schools. A decline in health forced her to relocate to Edmonton for, abandoning all she loved doing in her community. Elias continues to hope for stability in her personal well-being to allow her to share her Inuit culture, language and knowledge wherever she can.

Ms. Elias is a member of the Inuit community of Edmonton and is involved as an Inuit Elder with the National Gathering of Elders Kanata and the National Indigenous Cultural Expo.

Ms. Elias is a recent recipient of the Order of Canada, November 2019.

For the symposium Reconciliation and Resurgence: Heritage Practice in Post-TRC Edmonton on March 3 and 4, Ms. Elias is performing the Lighting of the Qulliq as part of the opening ceremony. For Reclaiming the Qulliq, Ms. Elias will speak about the Qulliq’s historical significance as well as its traditional and contemporary uses.