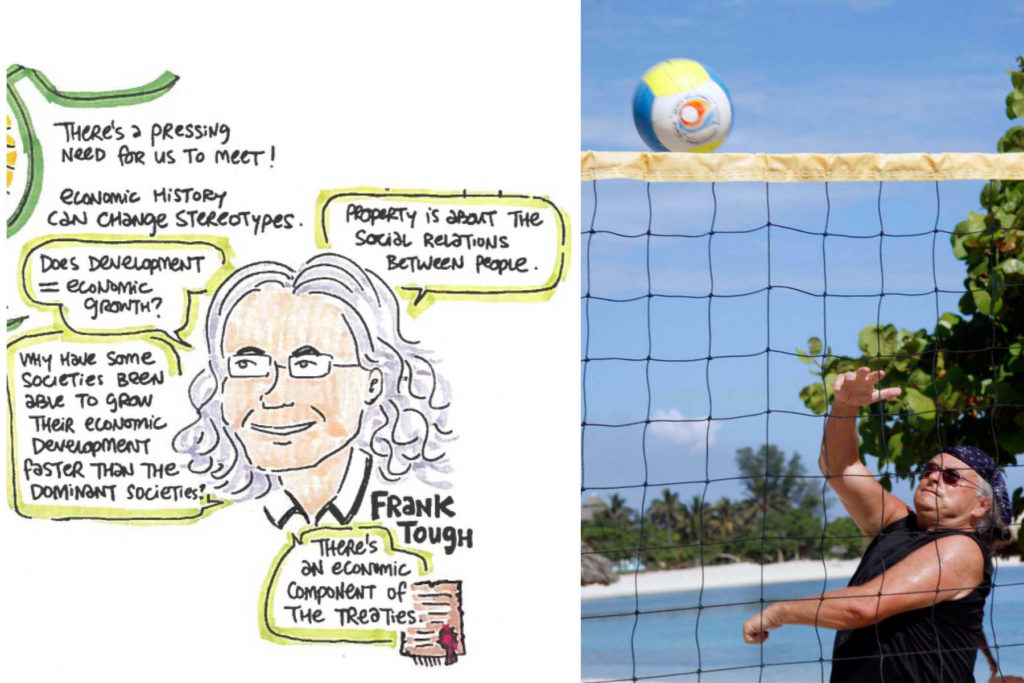 Dr. Frank J. Tough, Professor of Native Studies (University of Alberta) and historical geographer, was recently awarded the Order of the Métis Nation in Winnipeg for his dedicated work and volunteerism in the protection and promotion of Métis Nation rights through his work in the Métis Archival Project (MAP), the project forming the basis of his symposium presentation with Sandy Hoye. In addition, Tough’s As Their Natural Resources Fail: Native People and the Economic History of Northern Manitoba, 1870-1930 (UBCPress) has received two book awards and he is currently sojourning as an honourary professor with the Department of Anthropology at the University of Aberdeen (Scotland). He has published articles/chapters on the transfer of Rupertsland, Indian economic behaviour, the demise of Native fisheries, Indian treaties, the Natural Resources Transfer Agreement, and Métis entitlements (scrip) which often disputes the conventional thinking of both lawyers and historians.  When not spending time in the archives, Tough would prefer to play volleyball on a tropical beach.

Dr. Tough is presenting, with Sandy Hoye, Métis Archival Project: National Council Historical Database as part of the symposium Reconciliation and Resurgence: Heritage Practice in Post-TRC Edmonton on March 3 and 4.