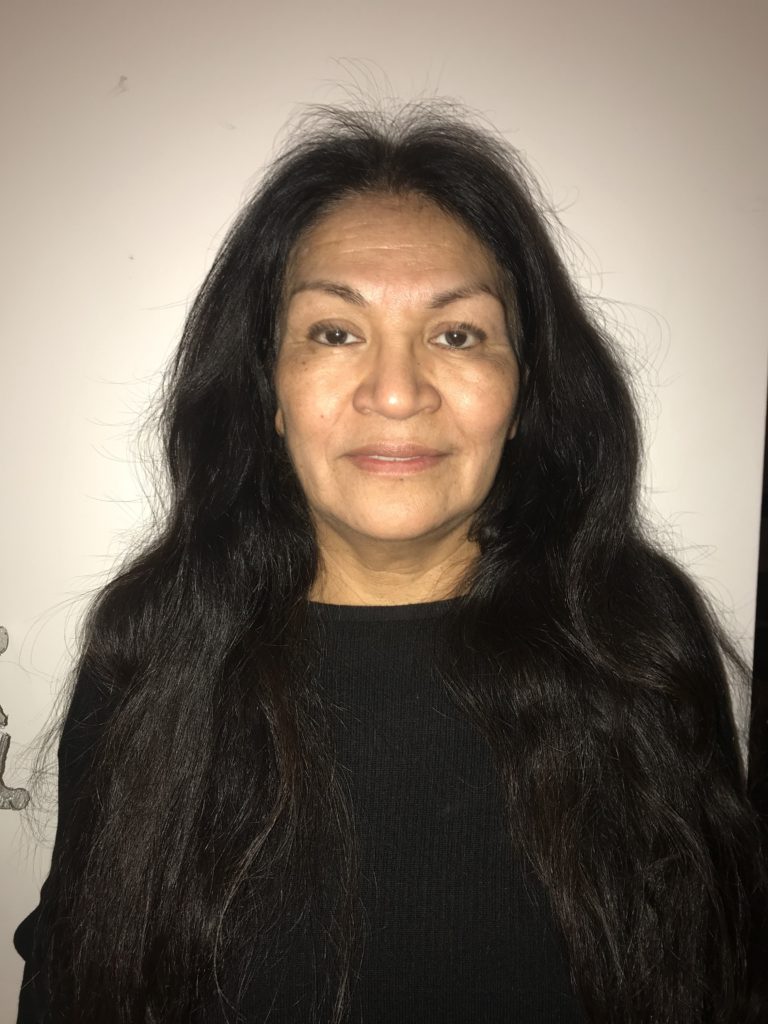 Judy Half is from the forced amalgamated reserve Saddle Lake First Nations in Treaty Six territory. She comes from both Little Hunters and Blue Quills band and has two daughters.

In 1989, Half was one of the first students to enroll in the Bachelor of Arts in Native Studies, with a minor in anthropology. Upon graduation, Half became a land-use coordinator for the Fort Nelson First Nations and developed the consultation and land department. Judy’s background also includes a Master’s in Integrated Studies from Athabasca University, a Heritage Resource Management Certificate, and work with both Blue Quills College and Saddle Lake Museum.

Since accepting a four-year scholarship with the University of Calgary’s Anthropology Department in 2017, Judy has resigned from her long-time position with the Royal Alberta Museum as Aboriginal Liaison Officer to study full-time, now entering her third year as a PhD student in Anthropology and Archaeology. Half’s thesis is called “Nehiyaw Ontology and Heritage: Revitalizing the Sacred Stories of Little Hunters Band in Alberta.” In 2017 -2019, Judy was awarded the Doctoral Indigenous Graduate Award, and in 2019 I was awarded the Social Sciences Research Council, the Joseph Bombardier Award, the Queen Elizabeth Award, and the ii’taa’poh’to’p Graduate Scholarship.

While employed with RAM, Half spent considerable time focusing on Plains Cree experiences and material culture, as these groups of nehiyawak were excluded from repatriation and heritage practices. Half’s research represents the area of Treaty Six development in the prairie provinces, and the impact of Indian policies on many plains people who were illegally removed from their traditional territories in south central Alberta and the impact of this in heritage resource management. Judy has also served on EHC’s Board of Directors, and has presented at Alberta Museum Conferences, the Royal Alberta Museum, University of Alberta, and Blue Quills College.

For the symposium Reconciliation and Resurgence: Heritage Practice in Post-TRC Edmonton on March 3 and 4, Half is delivering the second keynote lecture, covering the TRC Calls to Action and UNDRIP in a discussion about how the heritage sector can respond in meaningful ways and with the direction of Indigenous communities. Read more about Dr. Kisha Supernant‘s first keynote here.