In spring 2015, Poushali Mitra embarked on a three-month educational trip to England and South Africa to engage with migrant communities, obtain first-hand knowledge of their challenging lifestyle, and experience how local museum reflect their experience. In this guest blog post, she reflects on her own professional development during the trip.

As a migrant myself, and working with fellow migrant communities (those arriving for economic and freedom privileges) in Edmonton, I often ask myself what should a contemporary museum in cities of migration, such as ours, look like? Should museums be timeless time-keepers? Should museums be without walls? Should museums be social history projects? Is its role to keep alive tangible collective community memory or should it engage in nation building by displaying epic times artefacts? Or is it just about the art of storytelling?

Last Spring, through EHC’s Educational Travel Grant I had the privilege to explore some of these questions. I packed my bags and went “museum window shopping” to find how the lives of people—everyday types, not the dynastic types—are captured in other cities of migrations.

I started this professional development journey in Bristol.

M-Shed classes itself to the masses as Bristol’s only people museum. It used to be a historical industrial museum that was closed for renovation in 2001.

It took ten years to consult to find out how best a museum should represent its people. Bristol finally opened to the public in June 2011. This three-storied museum is strategically located along the harbourfront – the centre of Bristol’s bustling city life that once served as the port of entry for slaves from Africa.

It contains between over 300,000 artefacts with warehouse styled rooftops decorated with hanging hot air balloons – symbols of Bristol’s summer celebrations. 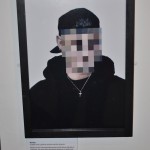 Picture from “Bristol People”, portrait of graffiti artist Banksy, who is from Bristol. 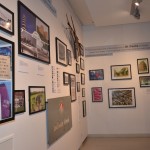 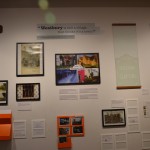 M-Shed is thematically categorized into Bristol’s People, Neighbourhoods and Bristol Life. Not chronologically, and what attracted me most in M-Shed are its interactive walls full of memorabilia objects.

The long stretch of walls allow ten neighbourhoods to display memorabilia items ranging from special occasion items such as family wedding gown, flood markers, telephone set used to express first “coming out”, letters sent by a migrant husband to his wife, telegrams, money receipts, work wears and newspaper stories of success of refugees from Uganda and Somalia – all tell tales of Bristol. 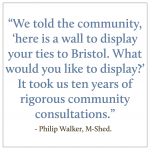 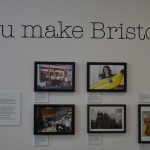 An exhibition sharing stories of Bristolians. 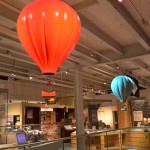 Leaving behind Bristol, I arrived in Bo-Kaap, a historic neighbourhood in South Africa’s Western Cape.

Known as the Malay Quarter the area was home to several migrant Muslim families brought in as slaves from Asia and all over Africa by the Dutch around 17th century. Bo-Kaap is one of the few neighbourhoods where migrant slaves were allowed to buy properties after the abolition of slavery. 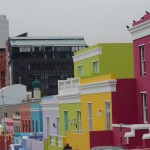 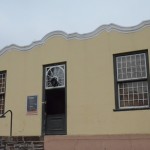 Museum House. The museum is distinguishable by its doorstep—a type of front terrace with a bench at each end emphasizing the polarizing aspect of Cape Muslim culture.

The museum is the oldest house in the area built in 1760. It stands in its original form resembling a 19th century Cape Malay home complete with a public space and a private space separated by an inner courtyard.

The museum emphasized on oral traditions and story telling around the “Iziko” meaning the “hearth”, an integral part of family lives.  A pale yellow coloured living room welcomes the traveler.  An LED TV mounted on the wall plays a 20 minutes video sharing stories of the community, about Bo-Kaap’s unique cultural life, its historical past and ongoing gentrification challenges. 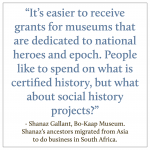 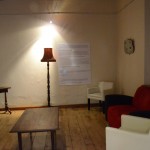 A living room to share stories, inside Bokaap museum. 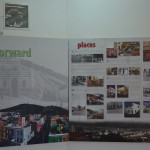 The Mapping Project: a similarity with M-Shed’s walls is noticed here. These mapping projects share stories of everyday heroes in Bo-Kaap.

The Worker’s Museum in the City of Johannesburg is a historical museum in a downtown cultural precinct area where protests against apartheid regime ruled the days before 1994. The single storied building was designed in 1913 and was used as a quarter for apartheid government labourers—migrants from villages in South Africa and neighbouring countries. 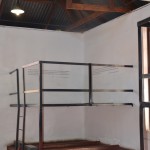 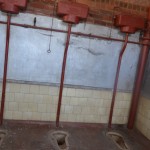 The compound was functional as recently as the early 80’s and thereafter converted into a storage facility in the late 80’s run by the Johannesburg municipality.

Post independence in 1994 the building was turned into a museum. 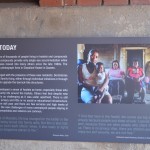 Hostels in Soweto. Today migrants are living in similar situations around Gauteng and in several rich cities of the western world. Probably ours, too.

This short journey helped me to connect better with people who move to places for work and freedom. Especially the South African museum experience broadened my knowledge about systemic exploitation of labour. The  “told” story is always that migrants and refugees leave home in choice of better freedom and economic options. This is true. But the untold story behind leaving home, working under constraints, keeping alive the sense of belonging, hellos and goodbyes with friends and families and settling up a new life in a new world—the trajectory is never ending.

In museums in Bristol, Bo-Kaap or Johannesburg I noticed a consistent effort to document and share these stories in an enterprising low cost manner. This can be a start up model in ours, too.