When Dustin Bajer applied for a Project Accelerator HCIP grant, his ambition was to develop an accessible database of Edmonton plants. He got more than he bargained for. 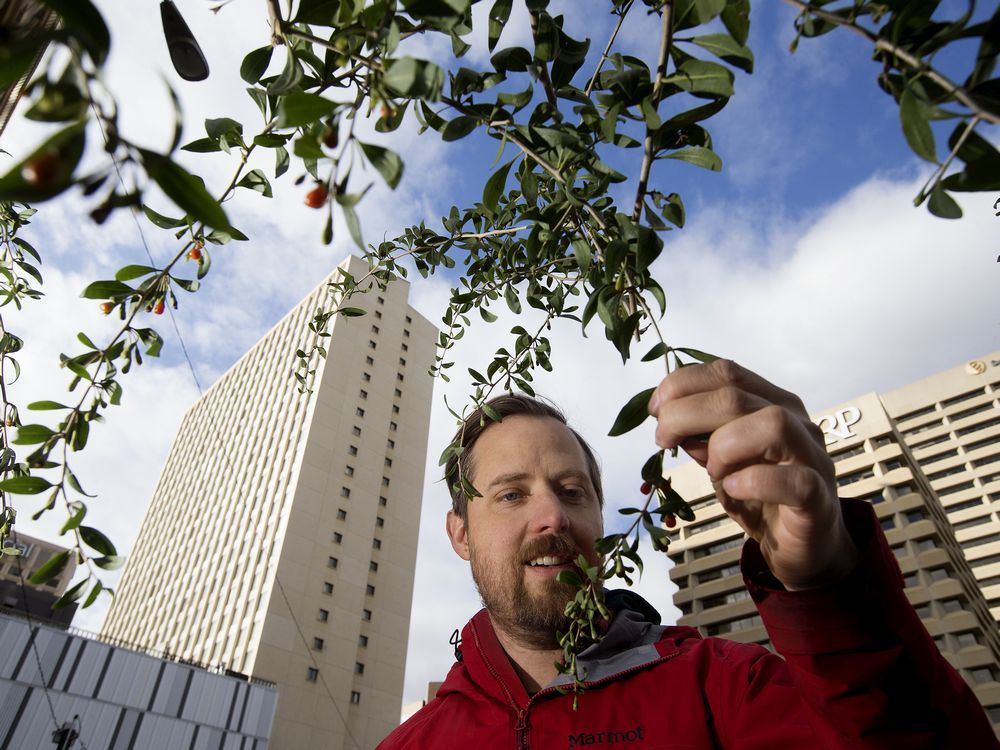 Dustin Bajer poses for a photo with a wild goji berry bush near Jasper Avenue and 99 Street, in Edmonton Wednesday Oct. 9, 2019. Photo by David Bloom

Through his project, Heritage Plants of Edmonton, Dustin set out to collect, photograph, and document narratives and samples, with the intention of building a growing inventory of heritage trees and plants.

Last August, Dustin led a tour in the Edmonton River Valley for members of the Chinese community and other interested Edmontonians to showcase the goji berry plants nestled in between other Edmonton plants.

“I’m fascinated by Edmonton’s heritage plants and have personally visited many of them; I have dabbled in mapping their locations.”

However, some developments caused Dustin to rethink the project scope. 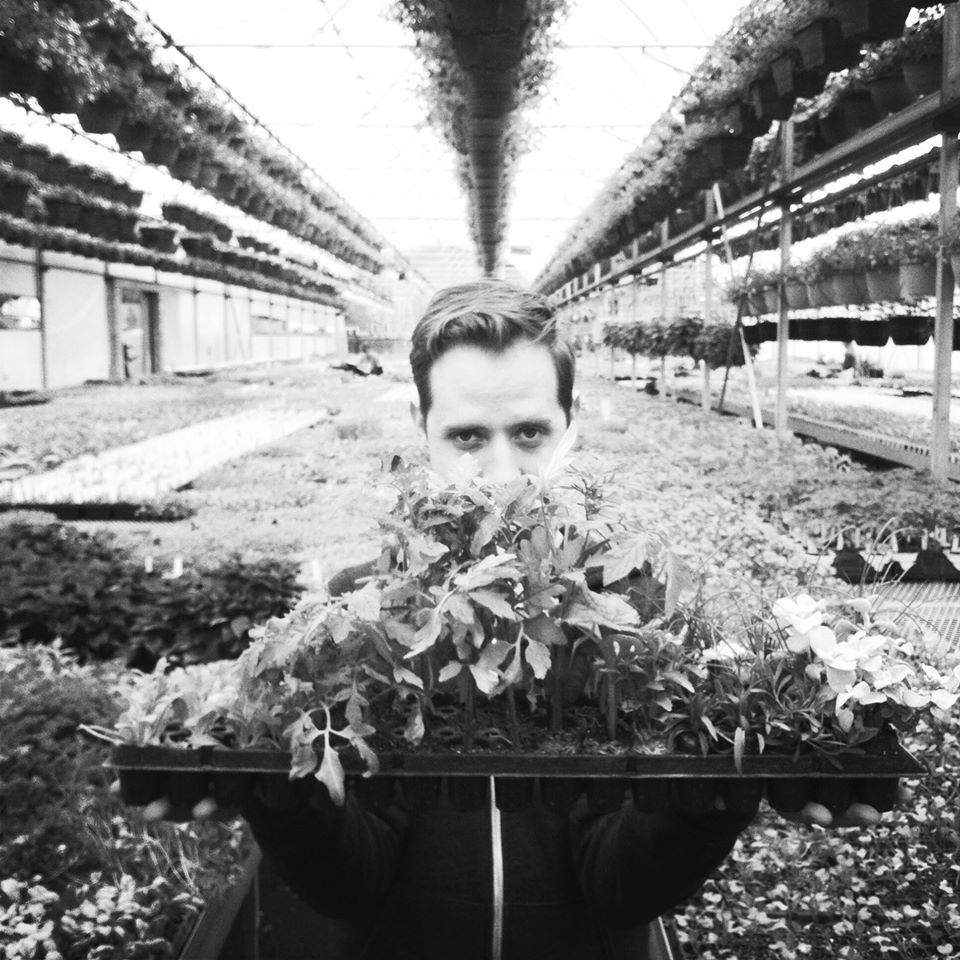 Dustin did some digging and discovered a book called Heritage Trees of Alberta.

Upon tracking down its editor, Dustin learned that the book’s defunct publisher, Heritage Tree Foundation of Canada, had a collection of samples for over 1000 Alberta plants. After the society’s extensive online archive crashed, all the files were lost, leaving behind a collection of physical samples in numerous bankers’ boxes, hidden from the world. After careful discussion and coercion, Dustin was able to convince the editor to partner with the City of Edmonton and himself to preserve the samples and eventually contribute the samples to a database. 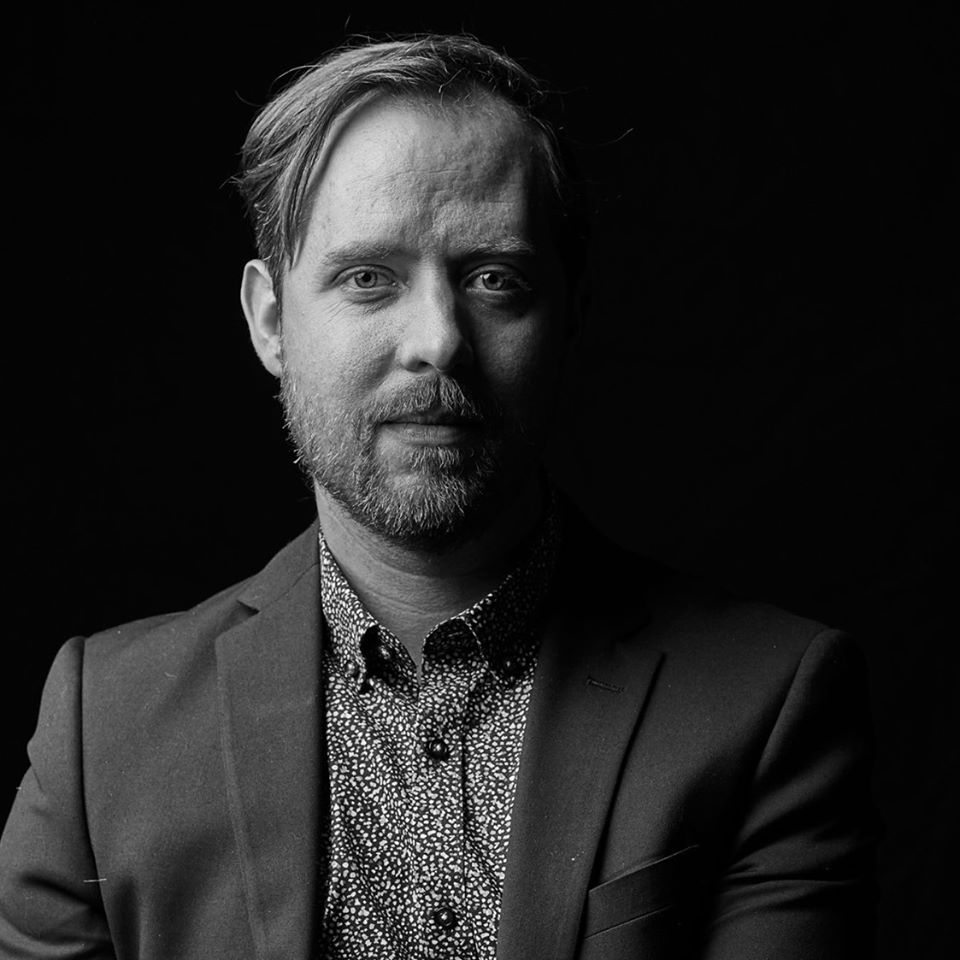 Dustin may also be stepping into a whole new role as a conduit, working with the cities of Edmonton and Winnipeg as well as the International Society of Arboriculture (ISA), Prairie Chapter, to develop a prairie-based plant database.

“And still, there are so many unanswered questions: what gives a plant heritage value, and who decides?”

Visit the grants section of our site to learn more on how EHC and HCIP are responding to the ongoing pandemic.