The City of Edmonton, Edmonton Historical Board, and Edmonton Heritage Council are in search of Edmonton’s sixth Historian Laureate. Three of the five Historians Laureate to date have shared their insights with EHC on how historians and heritage practitioners can shape the role to work with their particular strengths.

The Role of the Historian Laureate is to act as “the City’s official ambassador on historical matters and [promote] the history of the city and its citizens by documenting, researching, interpreting and speaking about the people, places and events that have created Edmonton’s distinctive heritage and character.”

Past Historians Laureate have worked in areas including children’s literature, broadcasting, journalism, and oral history, while Marlena Wyman, whose term expires this year, has brought a background in art and archives. It is important to note that the precise nature of the position is subject to the background and interests of the successful nominee. 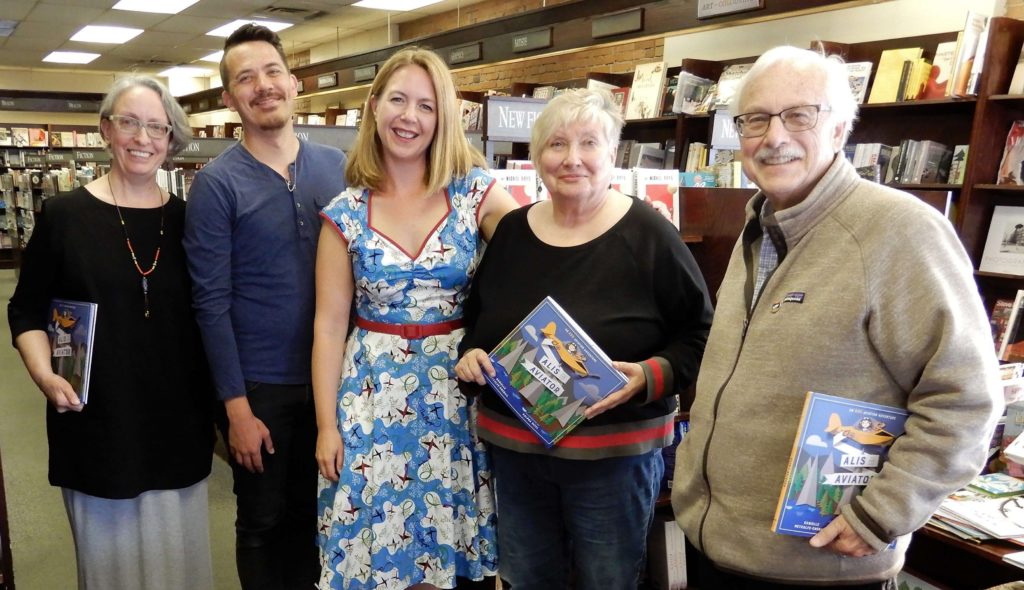 The next Historian Laureate will receive an annual honorarium of $7500 provided by the Edmonton Historical Board, for the length of the two-year term. The deadline to nominate yourself or someone you know has now been extended to January 31 at 4:00 PM.

Q: How did you first hear about the opportunity and what made you want to go for it? 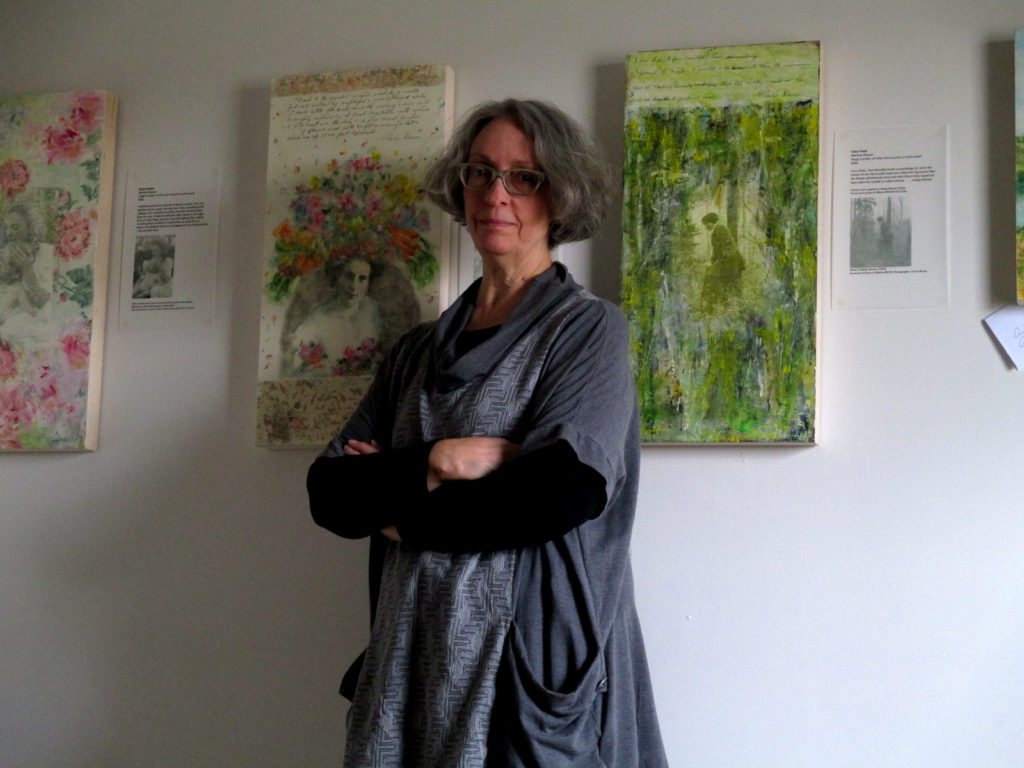 “I had not considered this as a position for myself since I think of myself as an archivist rather than a traditional historian.” Edmonton’s current Historian Laureate, Marlena Wyman (2018-2020)

MW: I saw the call for nominations and I thought “Hmm, I wonder who they will select?” I had not considered this as a position for myself since I don’t think of myself as a traditional historian. However, someone in the heritage community encouraged me to go for it, citing my background as both an archivist and artist.

CCYP: Some friends I’d worked with on radio and community building projects told me about the opening. They helped me see the ways I might be able to apply my storytelling and peopleweaving skills to local history topics. I was excited by the chance to help reflect Edmonton back to itself in ways previous Historians Laureate hadn’t yet.

SL: I was already heavily involved with the heritage community as a past president of the EDHS, a past member of the EHB, and the first chair of the Historic Resources Review Panel. I also had my hand in some heritage projects. I was nominated.

Q: A few words on your background and area(s) of interest/expertise going into the position?

MW: I was the Audio/Visual Archivist at the Provincial Archives of Alberta for almost 3 decades. After leaving, I worked several contracts in archives and historical research, including for the new Royal Alberta Museum. I was the Secretary and Archives Chair of the Women’s Art Museum Society of Canada, and as Secretary of the Ortona Armoury Tenants’ Association, I worked to have the Ortona Armoury Arts Building designated as a municipal heritage resource. (see fellow Historian Laureate Ken Tingley’s Historical Significance Report). 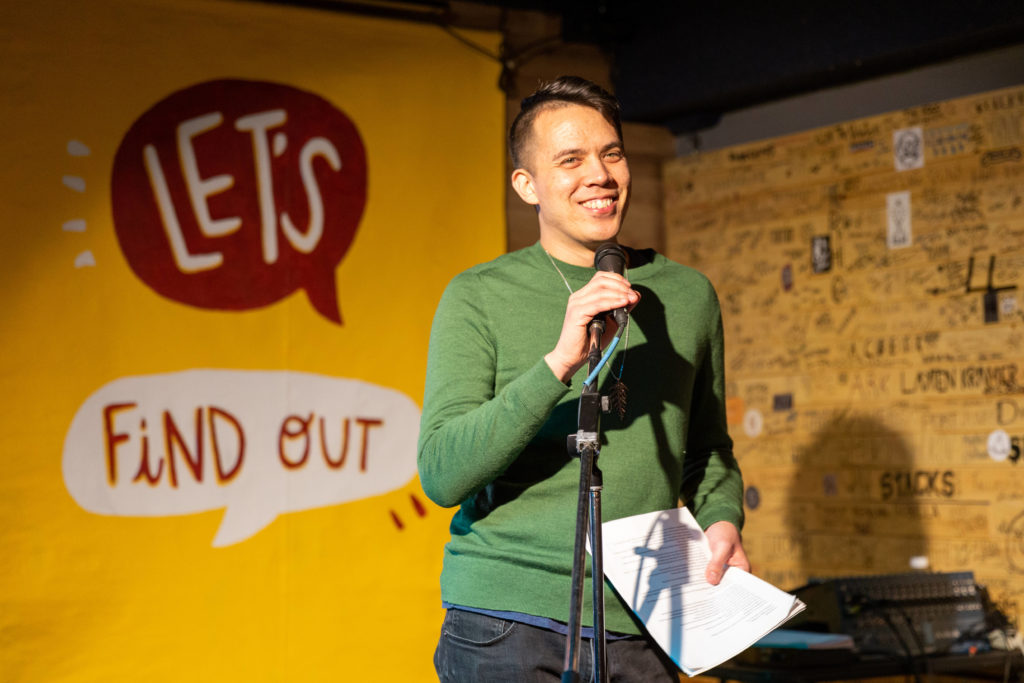 “I was nervous about applying because my educational background is in international development and environmental studies, and I hadn’t written any academic literature or books about history.” Edmonton’s fourth Historian Laureate, Chris Chang-Yen Phillips (2016-2018) Photo credit: Mack Male

CCYP: I was nervous about applying because my educational background is in international development and environmental studies, and I hadn’t written any academic literature or books about history, unlike my predecessors. But I had experience reporting on local history for radio programs like Terra Informa and All That Matters, and for print. I had also led walks and workshops about Old Strathcona’s history and ecology for Shareable Neighbourhood.

SL: I am the co-author of two community histories, Edmonton’s West Side Story and The Life of a Neighbourhood, and editor of a third, Built on Coal. I am specifically interested in all aspects of city planning/building and have authoured two reports. One is Measuring the Value of Heritage Preservation and the other is Edmonton’s Urban Neighbourhood Evolution: Evolving Infill.

Q: What are some (perhaps) surprising skills you used during your tenure?

MW: When I discovered that the Historian Laureate selection committee was looking for someone to interpret the position in a different way, it felt like a better fit for me. My main focus is women’s history, and in my former work as an archivist, I found that a significant gap in archival collections and mainstream history is that of women’s stories. I am also concerned about Edmonton’s disappearing architectural heritage, and I interpreted my term through my history-based art practice, creating exhibits that highlighted women’s history and Edmonton’s built heritage.

“I guess that’s part of the job: connecting Edmontonians to each other.”

CCYP: I love hearing about other people’s work, and keeping it in my back pocket; that mental catalogue was surprisingly helpful. My big project as Historian Laureate was a question-driven history podcast called Let’s Find Out, and it came in handy to know there were tons of Edmontonians out there with expertise in architecture and archaeology and labour history. That also helped when I started getting media requests to comment on history stories, mostly about potential demolitions of historic buildings. It’s hard to be an expert on every single building in the city but I had lots of people with that expertise. I could connect those reporters to. I guess that’s part of the job: connecting Edmontonians to each other. 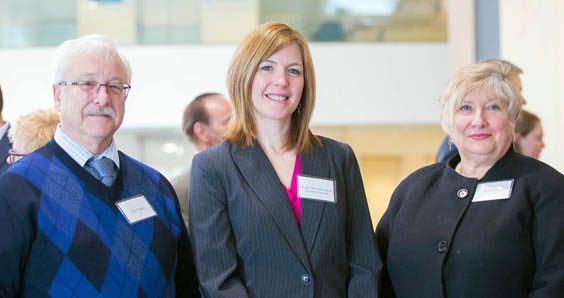 Q: A few of the most exciting discoveries you made as Historian Laureate?

MW: I was struck by the passion that citizens have for the heritage and identity of our city. I was contacted by many Edmontonians about their concerns for preserving our history. In the research for my exhibits, the example of early citizen advocates such as Gladys Reeves and Margaret Chapelle was inspiring; this reinforced the importance and effectiveness of these types of advocacy.

“I was struck by the passion that citizens have for the heritage and identity of our city.”

CCYP: It was thrilling to confirm a family story about an apartment building being picked up and moved down 97th Street. It was also a privilege to shine a spotlight on the love letters two men wrote to each other here in the 1950s, and on chef Siu To’s work spreading the good word of the green onion cake. It’s hard to claim any of that as an original discovery, since those stories were already waiting in archives and newspapers and oral histories, but it was exciting to get to share my enthusiasm for those stories.

A: Advice for the next Historian Laureate and/or general thoughts?

MW: Two years goes by quickly, so find your specific passion in history and interpret it in a unique way to get the word out. Dig in and have fun! The position of Historian Laureate has been a full and exciting one for me. It has provided me with opportunities to make a difference, to meet passionate, fascinating people who I may not have met otherwise, and to be involved in the City’s decision-making process around our heritage and identity. I am grateful to have had this unique opportunity and experience, and I wish the next Historian Laureate all the best in their term. 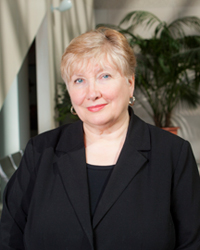 “Edmonton invented community leagues. They have made a huge difference to our city.” Edmonton’s second Historian Laureate, Shirley Lowe (2012-2014)

CCYP: Don’t be shy to share uncomfortable stories from our past. Lots of Edmontonians are ready to take a more nuanced, complex look at where we’ve come from. And please show us some sides of our history we don’t get to hear about very often. I’ve loved seeing work from Marlena Wyman (the current Historian Laureate) about important women in Edmonton’s past, like Gladys Reeves. I’m excited to see what comes next!

“Do your thing but connect with the other Historians Laureate.”

SL: There are better media tools available now; use them, a lot. There are so many histories in this city. Something big to celebrate in 2021 is the centennial of the Edmonton Federation of Community Leagues. Edmonton invented community leagues, and they have made a huge difference to our city. Do your thing but connect with the other Historians Laureate.

If you have any questions in advance of the January 31 nomination deadline for Edmonton’s next Historian Laureate, please contact the Edmonton Historical Board at 780-442-1547 or edmontonhistoricalboard@edmonton.ca.