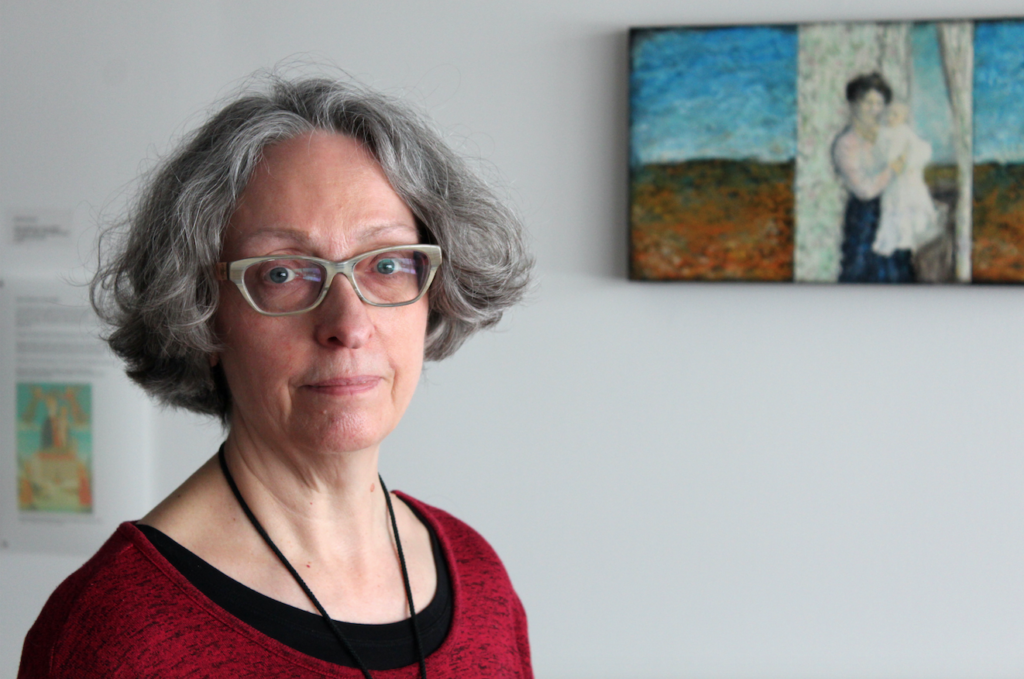 Marlena (she/her) is a visual artist who has made Edmonton her home since 1974. She was born and raised in southern Alberta on her family farm near Rockyford. She worked at the Provincial Archives of Alberta for 28 years, and her artworks are inspired by her research into archival records.

Marlena continues to work and volunteer in Edmonton’s arts and heritage sectors. She is a founding member of Urban Sketchers Edmonton and served on the board of the Women’s Art Museum Society of Canada.  In 2011, Marlena received a Historical Recognition Award from the Edmonton Historical Board for her contributions to archives and visual arts.

Because of her background in archives and art, those are two of her main areas of focus. She works to shine a light on some of the lesser-known stories in the City’s archives, and interpret those through an artistic lens. She also encourages her fellow Edmontonians to fill the gaps in archival holdings in order to help complete our historical record.

Her role as Historian Laureate encapsulates the role of the heritage sector, which is to preserve and promote awareness of the history of the city by “documenting, researching, interpreting, and speaking about the people, places and events that have created Edmonton’s distinctive heritage and character.”